Cafe on a Mountain -- with Wireless!

Here's a shout-out to wireless Internet! An afternoon rain storm has me down from the mountains (barely) and into the local cafe with some time to update everyone on the trip.
It has been great so far and I'm getting in some wonderful runs. We made it to my grandparents house Saturday afternoon. The have an amazing place about 30 miles south of Jackson, WY. I shook off 10 hours of driving with a 3 mile jog surrounded by 360 degrees of mountains. We spent Sunday wandering around Grand Teton National Park. If you've been there before you know there's nothing I can say here that can even come close to describing it. If you haven't...well, try not to wait as long as I did to visit. I have a few photos at the bottom. We took a ferry across Jenny Lake and went on a short hike. That hike was about enough for Grandma and Grandpa, so we spent the rest of the day driving around viewing wildlife. We had lunch at the famous Jackson Lake Lodge. The drive from the park south along the Snake River is almost as great as the park itself. The plan is to stop in Wyoming for a couple days on the way back and visit Yellowstone NP.

Monday was a long drive to southern Colorado. Long. But by then the dogs had a couple long days in the car so they slept most of the way knowing that there wasn't much fun to be had. So that was a nice surprise. Tuesday I took Sadie for a 5.5 mile run out of town. Absolutely beautiful. The valley sits at about 7,000ft and is dominated by the Spanish Peaks. The altitude was a little tough to deal with at first but after about 2 miles I felt great. The air may be thinner than I'm used to, but it seems to be so clean and crisp that it makes you want to take deeper breaths than usual anyway.

This morning Sadie and I went on a great (but very tough) 8-mile run on a trail called Indian Creek. The trail head is at 8,500ft. I ran/hiked to the 4-mile marker, which is just over 10,100ft. Yes, I'm wearing a watch now - a Suunto Observer, very cool. I think I'll have to work my way up to the ultra-cool Garmins that everyone else seems to have. :) The quad burning run down was nearly as tough as going up. There was also a lot of snow on a few parts of the trail that I had to scramble around because the drifts/patches were too steep and slick to cross (not for Sadie, though). And I'm officially scared of bears. For about a mile on the trail I was following bear tracks. I didn't see any on the run, though, but every time Sadie scared up a grouse, or any bird for that matter, I about had a heart attack. And when she stopped in her tracks ahead of me to look at something off the trail I about had a heart attack as well. So I'm not sure if it was the altitude or the heart attacks that made the run to cardiovascular. :)

I'll probably be off for a couple more days, but will continue running and taking photos. We'll be in Santa Fe next week. Can't wait!

Enjoy the photos and keep running! 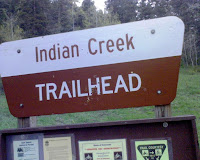 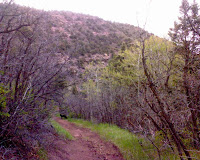 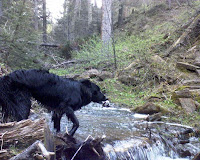 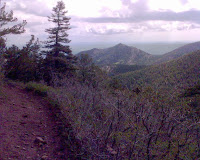 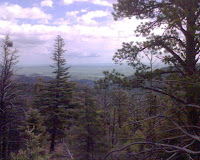 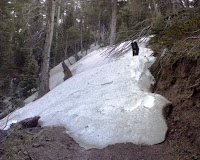 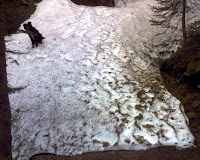 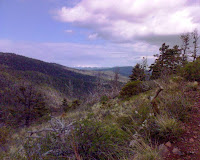 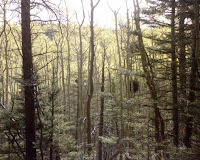 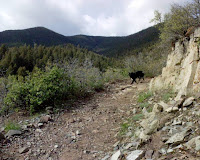 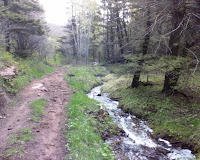 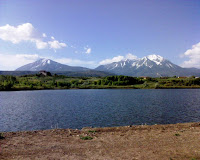 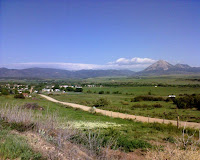 
View from inside Jackson Lake Lodge