A quick after work trip to Kamiak Butte with the pups. This time Jeanie joined us, and she brought her running shoes and a camera. Doesn't she take wonderful photos?

Please note: I'm in shorts and I'm not wearing gloves or ear warmers. Almost like it's springtime or something. Enjoy! 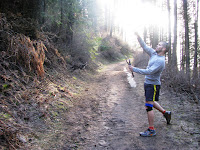 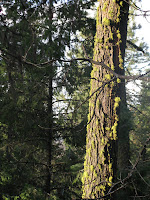 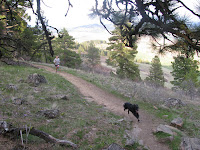 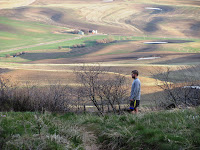 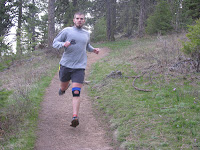 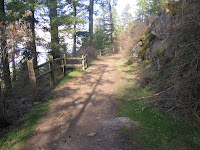 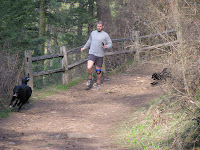 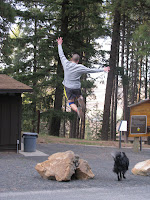 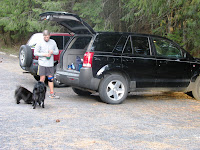 -Scott
19 comments
Email ThisBlogThis!Share to TwitterShare to FacebookShare to Pinterest

Return to Trails - For Reals This Time

Eric happened to be in town for a top secret government meeting with some movers and shakers in a well-known clandestine non-government international agency. He had a few minutes to spare between briefings so we decided to hit the trails.

He's tapering for a race next weekend so he was nice and didn't run me off the mountain. The trails are beginning to show underneath the snow. Sure, there's still some snow up there but in the lower elevations it's very runnable. 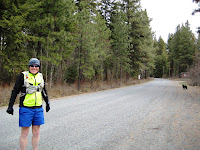 Temps were in the upper 80's, in Texas,
but on the trails we were on it was about 30.
Sadie's in the background making fun of us. 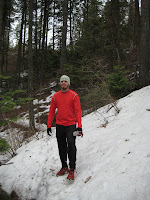 Still some snow up there, but not too much
to keep me from striking an awesome pose. 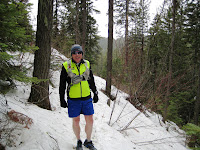 We hoped to get a photo of some moose,
but settled for taking a bunch of photos of each other.
We ran some, too.

I made it home just in time.

to run or to write

Everyone has their crazy time of the year. When work bleeds into sleep and deep sleep is sometimes mistaken for the only free time. I'm smack dab in the middle of mine.

I'm running. I just have had zero time to play computer.

My knee is holding up okay. I have made a decision (for now, at least) to not run any race before my Iceland trip in July. I want to make sure that I don't do anything silly to my knee. I have a tendency to push too hard if I'm in a "race." My 5 km a couple weeks ago made me realize that I don't have the discipline to hold back during a race as much as I'd like to/need to at this point.

I'll be back at full blogging speed in the next week or so. I hope everyone is having an awesome springtime. I'll swing by to chat shortly. :)