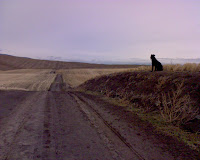 This has been a tough week on the home front. Jeanie received some unfortunate news on the road to her PhD. She's pretty bummed to say the least. It's not the end of the world or anything, but it looks like it will delay her progress and keep us around here in Pullman for a bit longer than we expected. :( (Not that I don't absolutely love Pullman....cough cough)

My mom called this evening and asked, rather seriously, if everything was okay. I assumed she was referring to how our week had been but, as usual, I deflected the question with a "What do you mean?" She said, "Your running. Are you still running? You haven't posted a blog in over a week." It made me smile. 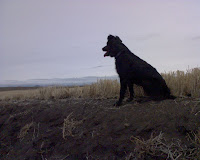 Work is at its busy season peak and since I'm on a computer all day I've been less enthusiastic this week about coming home and getting right back on the computer to blog and surf. And that's a big deal, because if I'm not on the computer when I'm in the house then there must seriously be something amiss. Yes, amiss.

The running theme for this week as been rain and wind. And cold. And darkness. Sadie LOVES running in the rain. She does circles in the mud. Bounces in and out of ditches. Catches raindrops with her tongue - inadvertently and "advertently." Jumps up and down on me because I'm just not running fast enough for her. But she HATES the bath she has to get when we'r 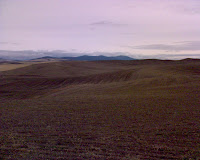 This week I was supposed to hit 50+ miles but there was a bit of discomfort in my left Achilles tendon mid-week that forced me to pull back a little. Which was fine, because I'm too close to the JFK 50 to do anything stupid.

I did hit 20 yesterday and then 11 today to push me over 40 for the fourth consecutive week. The 20 was a flat out and back with at least a 20 mph headwind on the way back. With cold, sideways type rain. A big week this coming week and then a two week taper until race day. I'm getting anxious and excited.

I was hoping to join some crazies on a trail run with a view this weekend, but it just wasn't in the cards to make another 5+ hour (one way) trip again this weekend. When I traded 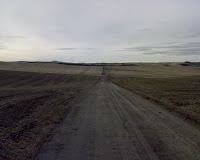 my truck for a motorcycle last year - leaving Jeanie with our only "real" vehicle - I hadn't planned on becoming a traveling runner. My next goal is to get a sidecar that I can put Sadie in for our interstate trail running adventures. That would be awe some.

The photos are from our run today. We didn't get rained on during this run, but the dirt roads were fairly muddy. I'm learning that cold weather running takes some serious planning and some lucky guessing. How much should I wear today? Too much and you're carrying everything for 20 miles and too little you're getting yourself sick for 20 miles. How long until summer?

Hope everyone is running well.