Two summers ago I called my dad, who was living in at the time, just to talk. He answered the phone a bit out of breath. I asked if he was okay.

I knew he had been running lately, trying to get back after a few years away. He ran all those years I was growing up. I would ride my bike next to him on some of his weekend runs. One of the clearest memories of my childhood was when I strapped a portable radio (the ten pound variety – an ancient relative to the I-Pod) to my bike so we could listen to a Houston Astros game while he ran. I don’t remember him ever running in races; he just went running.

“How far?” I asked while I flipped through channels looking for something to watch.

“Oh, just over 28 miles,” he said. I smiled and waiting for him to say he was joking. But he didn’t say anything. So I had to ask.

At that moment the couch I was sitting on began to feel less comfortable. I felt a twinge in my back and tightness in my legs. What was I doing on my Saturday when my fifty-two year old father was out running illegal distances? I needed to start running.

Sure, I’d run some before. I spent four years in the army and we ran several times a week, though the distances usually weren’t long. And since the army is a chain that is only as strong as its weakest link, every run was bound by the speed of the slowest person in the formation. Great for building esprit d’corps, not so great for cardiovascular endurance. After the army I tried to keep up with some form of running. Two miles today, maybe two and a half tomorrow. I’d go a month or two without running then the next week I’d run three or four times. I thought four miles was my physical threshold. I kept at it like this for six years until the short phone conversation with my dad.

I spent 2006 running more. But I had no plan and no real goals. As a result I made relatively little progress. I did build up to ten miles a couple times before losing it all by taking too much time off. By the end of 2006 I was not much better off than the year before. All the while my dad was running ultramarathons in the mountains.

What could I do differently in 2007? How could I call myself a real runner? My dad told me I needed to sign-up for a marathon in the fall. It would give me a goal and would focus my training. I never had a desire to run a race of any distance. Not a 5K, not a 10K, not a marathon. Why spend all that money on something I can do for free right outside my front door? He asked me why I hadn't done any of those things outside my front door. Okay, you got me, Dad. So I signed up for the 2007 Portland (OR) . And that’s how 2007 began – my first year as a runner.

A few things I learned during my first year as a runner: 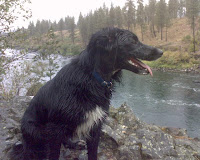 It’s not a good thing to brag about making a pair of running shoes last “the entire year.”

A dog is a perfect running partner.

Not everyone loves dogs, even some of those that own one.

There are at least 40,000 people in this country who love running.

Trail running excites me in a scary sort of way. I wish I would have been as excited in my math classes growing up.

Many of the most beautiful sights in the world can only be seen from places you can’t get to by road or car or sidewalk. 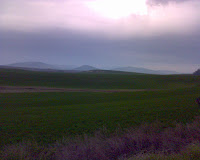 Ice is a knee's best friend.

The more you run the more chocolate chip cookies you can get away with eating.

Running is an inherently selfish activity. (But don’t tell that to the guy wearing a memorial vest at the JFK 50 for his son killed in .)

My wife has more patience with me than I could have ever hoped for.

Having a blog makes me accountable.

Stretching is optional. But so is injury-free running.

My most memorable runs were when I left my watch at home.

is the most beautiful place in the United States. 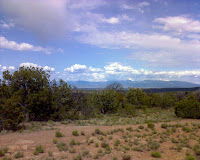 No matter how hard I try, I will most likely never break the marathon world record.

Scarlett Johansson will likely never have lunch with me.

I can run a marathon.

I can run an ultramarathon.

Ultrarunners are some of the best people you’d ever want to hang around.

The human body can go as far as you want it to.

Running if fun. I love it.

It doesn't get any better than going on a run with my dad.

So there it is. 2007 is just about in the books. Thanks to everyone who tagged along for the ride this year. It's been a huge success and a heck of a lot of fun. I'm looking forward to an exciting 2008.

Wishing everyone a wonderful holiday season.