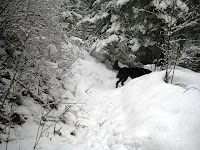 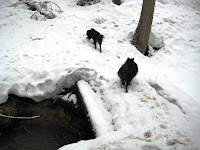 my camera phone. Convenient, but not the best photo quality. I'd been looking for a much higher image quality camera that was still small enough to carry on runs. It's been a couple weeks now that I've had my new running camera. The Canon Powershot SD750. I'm very happy with the photos and it is small enough to easily fit in my hand held or my running belt. The only thing it doesn't do as well as I'd like it to do is take videos while I'm running. There's no image stabilizer, so videos I take while I'm running are pretty shaky. I'd recommend it to anyone looking for a high quality, ultra-compact camera to take on runs.
Email ThisBlogThis!Share to TwitterShare to FacebookShare to Pinterest